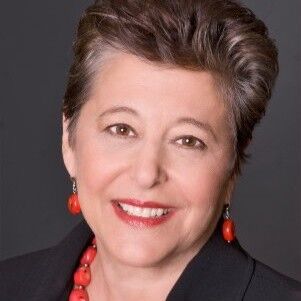 An interview with Deborah Bosley 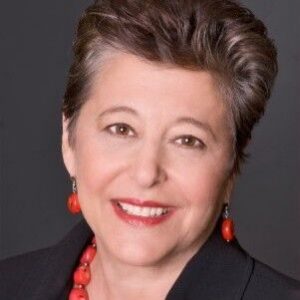 Deborah Bosley is owner and principal of The Plain Language Group and professor emeritus of technical communication at UNC Charlotte. For two decades she has helped organizations create written information that exceeds compliance standards and is easy for people to understand and use. A former board member of the Center for Plain Language, Deborah agreed to sit down for an interview about her career and a recent court case.

Can you talk about your plain language journey and your history with the Center?

While I was teaching technical writing, the English department got a call from First Union Bank asking if someone could come teach their marketers how to write proposals. I said yes—and I had a wonderful experience doing this consulting work. The Center had not been started yet (this was back in the late 90s), but I started doing more of that consulting and ran across the term “plain language” and really liked it. Technical writers are always trying to write clearly for a non-informed or non-expert audience. I started building my practice on my own.

I gave a talk at a conference and found myself at a table of all the early movers and shakers for the Center, and I just got thrilled with the idea that there was an organization advocating for plain language. I became a member very quickly and then worked my way up to the board. It provided me with a group of people who really understood what I was trying to do.

Interestingly, the more engaged I became with plain language and with the Center, the less capable I was of writing dense academic articles. A few years before I retired from academia, I created the Plain Language Group. Then in 2008, [the economy] crashed and Dodd-Frank came along. In Dodd-Frank there were requirements for a multitude of disclosures to be written in clear and conspicuous language, so I was really at the right time, with the right set of skills to build up my practice.

Through almost all of that, I was engaged with the Center, because they were my people. I learned a lot, a met a lot of people, and it validated and reinforced the need for the kind of work that we do.

You were recently called as an expert witness in a voting law case in New Hampshire. Can you tell me a little bit about that case?

There had been a bill passed in New Hampshire called Senate Bill 3, and what it did was change the documents that people used to register to vote and changed the information around how to prove that you lived in New Hampshire. The Democratic National Committee and the League of Women Voters, along with another plaintiff, brought a lawsuit against the state because they viewed as a form of voter suppression, discouraging people from registering to vote—particularly college students.

The plaintiff’s law firm called me in August 2016. I had been an expert witness on, I think, two other cases, so I had some history of knowing how to do this. They asked me if I would take a look at the new registration form and a new form called “Verifiable Action of Domicile.” Immediately I started laughing and thought for sure this is not going to be easy to read.

I did some readability analysis (which doesn’t really tell you a lot but people like it because it puts a grade level on it) and did some usability testing with people 18-29, because U.S. Census data showed that New Hampshire had the lowest voter turnout in that group. I did my own expert analysis. I did comparisons of the language with what the FEC handbook says and what those of us in the plain language field consider to be the standard strategies.

Not surprisingly, both documents failed miserably. I wrote a report, and the plaintiffs asked me to be deposed. The state of New Hampshire asked me questions for I think, honestly, about 10 hours, during which they tried to first prove that I didn’t have the credentials, and then prove that what I had to say was essentially invalid. Then I appeared in court to testify. That lasted about three days.

The judge determined that, in fact, this new registration form and the new document on how to prove where you live were going to be a hindrance to people; however, ultimately the defendants took the case before the [New Hampshire] Supreme Court, which reversed the judge’s decision. The judge’s decision was based on several other expert witness testimony, but mine was mentioned first in his decision. So, my ability to convince him that these forms were difficult to read was one of the reasons he reached the decision he did.

In some ways I feel that if I never worked in plain language again—even though the decision was reversed—that was sort of the culmination of a long career, because serving as an expert witness in voting cases is really, really important.

How common is it for experts like you to be asked to weigh in on legal cases?

To tell you the truth, I don’t know that I can answer that question. I know I’ve been asked a few times. I know a couple of other people that have been asked to participate as expert witnesses. If I had to wager, I’d say it is happening, and it will continue to happen more frequently, because there are many more instances now in which how information is conveyed to the public becomes problematic in many ways.

About a year ago another legal case made news when a Maine dairy company was forced to pay a large amount to settle a lawsuit over an overtime dispute and the case came down to a comma. Where does punctuation fit into the need for plain language?

I laugh at that one, because I just think how interesting it is that a comma can make such a difference, and actually there are a number of other cases like that, where punctuation really was at the heart of how something was being interpreted.

So, a follow-up question that will be controversial. Oxford comma: yes or no?

I’m a complete Oxford comma advocate. You know, there was rock group that did a song called “Oxford Comma” [The song is by Vampire Weekend]. I think all language is to be interpreted. that’s why lawyers fight each other over the meaning of information or content, and that’s why judges rule why it’s this and not that. So any time we can use our skills, even at the punctuation level, to increase the likelihood of understanding, that’s really kind of our mission.

The New Hampshire case was about a voter law–where do you see the intersection between plain language and democracy?

What I say is, people have the right to understand the information that affects their lives. Here’s a situation we are all in: we sign mortgage disclosures that we don’t understand, and we have to have a lawyer with us to explain what we’re signing. But then you take the documents home and maybe you decide you want to torture yourself and actually read them. The likelihood is you wouldn’t understand all—or any—of what you were agreeing to.

We sign things all the time that we literally do not understand. Even something simple like instructions from the hospital. Yes, someone goes over that information with you orally, but when you get home, all you really have to rely on is that piece of paper that tells you what to do, how often to take medication, etc. And if you can’t understand that, your health is in jeopardy. Your financial life is in jeopardy when you agree to loan or credit cards or any number of other financial documents that we don’t understand.

Some people argue that it’s done intentionally to keep us from understanding what we’re agreeing to, but I tend to think, given the number of companies that I’ve worked with, that really the problem is that attorneys own the language. They tend to be the people I have to fight with the most to convince and to help them see that information can be both clear and legal at the same time.

In a democracy, when we all have the right to vote, how do we know what we’re voting for or against if the information is not clear and accessible. Recently in North Carolina they wanted to add several amendments to the state constitution. Now, they actually created plain language summaries of what the amendments mean, but they were deceptive. They made it seem that if you voted yes, here’s what the consequences would be, but in fact that was not the case. So, it’s not just clarity and ease of understanding—it also has to be credible and honest. All of that is what helps us have a democracy. If people don’t understand what they’re voting for, what they’re signing, the bills they’re being charged, all of that undermines our ability to make rational, conscious, informed decisions.