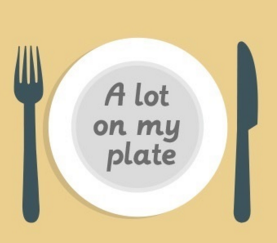 The first time I heard a guy in a suit say, “We need to open the kimono” I screamed like a genteel Victorian and averted my eyes. I hadn’t heard this bit of business jargon before and was expecting the worst. Apparently, this colorful phrase simply means to “reveal information.” Phew. No kimonos were literally opened. (Look. It’s fun to use “literally” accurately.)

I happen to love interesting and unusual phrases. I had a serious nerdgasm in 2015 when Justice Antonin Scalia used “jiggery-pokery” in a dissent from the bench of the Supreme Court.

The business world is a perpetual motion machine for spitting out new jargon year after year. This stuff drives some people crazy. I think it’s funny and not really harmful. The English language grows and changes all the time. New words and phrases keep it lively and interesting.

There is, however, a clear downside to the proliferation of business jargon:

You know that someone who utters the phrase “Think outside the box” has never, in fact, been out of the box. Has never, possibly, had an original or creative thought. This particular example drips with irony. (Irony, right? Word nerds love to debate the proper use of “irony.”) An “outside the box” thinker would never use such a stale, outdated, inside-the-box cliché.

It’s hard to say exactly what causes a fun phrase to slip over the line into an absurd one. The abuse of repetition I suppose. It’s like art and pornography. We know it when I see it. (Except for those who don’t know it or see it.)

The infographic below from GoToMeeting features a host of phrases people find annoying at work. Below the graphic, for those of you perturbed by these words, you can find my personal trick for turning them into your own form of daily entertainment.

The next time you’re in a meeting and a volley of jargon begins, see if this trick can make these phrases more palatable: Imagine them in celebrity voices:

About the author: Brian Berkenstock is a Center for Plain Language Board Member, and Director of Content Strategy at bswift, an Aetna company.