Over in the world of science — where, despite what you may think, they like their fun — there’s been a flurry of interest in the Up-Goer Five Text Editor. That’s a site that challenges you to say what you mean using only the 1,000 most-used English words.

As the site warns, it’s not as easy it seems. A thousand words doesn’t get you very far (for instance, both “text” and “editor” are off-limits). And despite the name, the text editor offers no editorial suggestions. It just barks every time you use a non-permitted word. It’s less an editor than a scold.

But this turns out to be the best part. The site throws the challenge back at you: “You’re the writer, you figure it out.” To use the Up-Goer Five Text Editor is to be confronted with how much of our writing consists of assemblages of received ideas and how little of it is the product of our own careful thinking. It forces you to rethink what you’re saying and how to say it.

That very same type of rethinking is at the heart of plain language. So you might think that the Up-Goer Five Text Editor would be useful as a writing tool. Interestingly, it proves to be spectacularly bad at this.

That’s not meant as criticism. The site was conceived as a brain-teaser, not a writing tool. Still, I was curious why it wasn’t a little better at prompting good writing, given that in some ways it seemed ready to come so close.

The main issue, certainly, is the thousand-word limit. While you can have a lot of fun coming up with work-arounds for the likes of “cigar,” the actual solutions tend to be vague, cryptic, or clumsy.

The name of the site is a great example. “Up-Goer Five” is a rendering of “Saturn V” (check out the clever and funny simplified diagram of a Saturn V rocket by Randall Munroe that inspired the site). Once you know what it means, the name is clear. But if you don’t know, the name won’t help. Lots of things go up — airplanes, elevators, balloons, mountaineers. The “Five” only deepens the mystery. Great as a puzzle (and as humor), a non-starter as communication.

Then there’s the issue of tone. Although we literally use “up” and “go” every day, “up-goer” falls uneasily on our ears. It’s the type of construction we’d expect from a child or a non-native speaker, or perhaps from someone trying to be goofy, but not as ordinary language.

Supposing we can get over the tone-deaf aspect, we still have a diction problem. In theory, using a descriptive term like “up-goer” instead of “rocket” should make a text accessible to novices without harming its accessibility to experts. In practice, it doesn’t always work that way.

When you know the word “rocket,” it can be very confusing when someone appears to be talking about a rocket but isn’t using the common word for it. In real life, you can solve this problem by using the description when you introduce the word. But with the text editor, we can’t introduce new words, even if we define them.

Another issue is how the “permitted” list is generated. Any frequency-based list is bound to favor words that have the largest number of meanings. This creates loopholes for all kinds of obscure usages. For example, the text editor is perfectly fine with the archaic “soft you now” and the jargony “business change controls.” I wouldn’t want to bet that even 5% of the US population knows what those mean.

All of this is 100% irrelevant to the Up-Goer Five Text Editor and its many delighted users. But the text editor does have a special relevance, however inadvertent, for the plain language community. It reminds us, in a fresh and vivid way, of the core truths of good communication: it’s not about words and it’s not about rules.

Maybe it deserves that large smoke-roll after all. 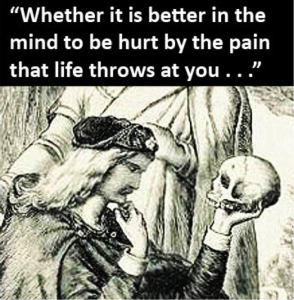