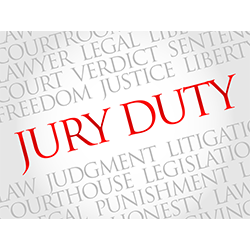 Jury duty, though sometimes an inconvenient chore, is at the core of the American justice system. Because jury pools draw from all walks of life, they are generally representative of the diverse American public. As such, jury pools are also an excellent testing ground for readability studies.

With help from the courts, Transcend, a language services company, conducted such a study. This comparative readability study pulled potential jurors into two groups with 30 people put into each group. These two groups were each given one form treated for plain language and one untreated form. The subjects largely mirrored the demographics of California and Sacramento County from the most recent census data along the lines of gender, ethnicity, as well as age. The goal of the study was to test a statistically significant number of subjects on the comparative readability of the plain language court forms against their untreated versions.

What does this plain language treatment entail?

It is important to note that, even though the reading grade level for a given document is easy to determine and contains valuable information, it is not the be-all and end-all of readability metrics. In fact, many organizations are over-reliant on it as a metric for readability. The authors of Transcend’s readability study observe that no subsequent tests have been performed since this comparative readability test measuring other relevant factors such as compliance rates of plain language versus non-plain language court forms. This and other data are important in determining how usable documents actually are, and are an important part of the plain language process, which goes well beyond merely lowering the reading grade level of documents.

By applying plain language principles, the treated forms had significantly lowered reading grade levels, used more commonplace words and phrasings, and explained specialized terms when they had to be used. They also used active voice and direct address while avoiding archaic or noun-heavy phrasings. Additionally the treated forms replaced Latin legal jargon with more straightforward English descriptions. For example, one form, originally titled Subpoena Duces Tecum, left most readers clueless as to the form’s purpose. The plain language treatment changed the form title to a simpler, English description of the form’s purpose: Order to Provide Documents.

This study confirmed what many plain language advocates probably knew already: applying readability principles to court forms drastically improves user comprehension. For one form, the plain language treatment skyrocketed the readers’ understanding of the form’s purpose from a pitiful 23% to a much more respectable 70%. For another of the forms, when the subjects were asked how to go about using it, 90% of respondents were able to answer correctly after reading the treated version, up from 60% for the untreated version. This increase is especially significant in light of the fact that the majority of subjects stated that they would not know how to go about finding answers to questions they may have about a particular form.

The importance of plain language in the courts

To the legal writing community we could say that it seems wise to apply plain language principles to their documents. For starters, if we want the recipient of a subpoena duces tecum to go to court with the requested material, we should say so in English rather than in Latin. For those of us who are not lawyers or doctors, Latin is a dead language and does not make for an informative form title. And titles are one of the most crucial elements in making documents such as these readable and usable.

While certain aspects of the legal system require a law degree to understand, court forms and instructions can and should be written in plain language so average readers can understand and use them properly. As Americans, we are entitled to have access to justice. Implementing plain language empowers citizens to exercise that right without the impediments that indecipherable paperwork often creates.

To learn more about the readability study, visit: http://transcend.net/library/legalCourts/PLStudy.pdf 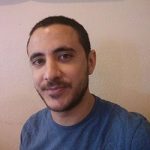 About the author: Gregor Miguel is a recent graduate of UC Davis and a plain language advocate. He works as a writer, editor, and proof-reader at Transcend.