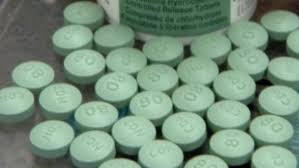 With the 2010 enactment of the Plain Writing Act and National Action Plan to Improve Health Literacy, the development and dissemination of health information that was accurate, accessible and actionable became the focus of regulatory agencies and the medical industry they monitor. The National Action Plan promoted changes to the healthcare industry by requiring improved research communication and medication labeling with the end goal of more-informed decision making by both doctors and patients.

Prior to this, doctors and their patients were left to wade through information in medication inserts and research results full of jargon and complex terminology in order to understand drugs and their effects. Last month, American Public Media’s Marketplace released its latest “Uncertain Hour” podcast, which highlights the history of the pharmaceutical OxyContin, a time-released form of opioid. The investigation and subsequent conclusions have ignited a firestorm into the origins of the opioid crisis.

Krissy Clark and Caitlin Esch from Marketplace’s Wealth & Poverty Desk spent eight months researching and reporting on Purdue Pharma, the makers of OxyContin, and the labeling originally included with the drug. Clark and Esch uncovered the original package insert for OxyContin, which was close to impossible to find. This 21-page insert, also called the label, was a result of negotiations between the FDA and Purdue Pharma in 1995. Ultimately, the reporters concentrated on two sentences located on page 15 of the insert, which read:

Although the author of the two sentences is disputed, what isn’t in dispute is the effect those words had on the marketing to and adoption by prescribing physicians of OxyContin.

Concerns about the dangers of opioids and addiction date back to the late 1800s, when Bayer first released the opioid heroin on the commercial market, then touted as a ‘wonder drug.’ By the 1920s, the industry was clear about the addictive nature of the substance, and in 1924, heroin was banned. From there, doctors restricted opioid prescriptions to patients who battled pain associated with life-threatening illnesses, such as cancer.

When Purdue introduced OxyContin in 1995, it was aware of the concerns surrounding addiction and opioids. But the drug was reportedly different, due to the time release mechanism in the pill. With the FDA approval of the qualifying language and Purdue’s subsequent marketing of this language, physicians and patients’ fears were alleviated. No abuse studies were conducted, no data was gathered, no results were disseminated. During the late 1990s and early 2000s, OxyContin was the most liberally prescribed narcotic for non-cancer-related pain.

The rest of this story is already known. More than 300,000 Americans have died from opioid overdoses since 1999, and in 2003, 2.8 million Americans admitted using OxyContin for non-medical reasons. Today, 2 million Americans are addicted to opioids. It is estimated that Purdue has made more than $35 billion in sales from OxyContin since it began marketing the drug. In 2001, the FDA removed the sentences from the package insert and replaced them with its strictest, or “black box,” warning, which warns of reasonable evidence of a serious hazard with the drug.

To listen: Uncertain Hour, Episode 4: The Sentence That Helped Set Off the Opioid Crisis 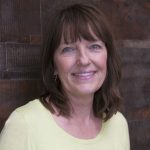 About the Author: Rebecca Askew is a lawyer and business owner based in Denver, Colorado. Her company, Circuit Media, provides design, communications, staffing and logistics services to law and government. She is also on the board of the Center for Plain Language.