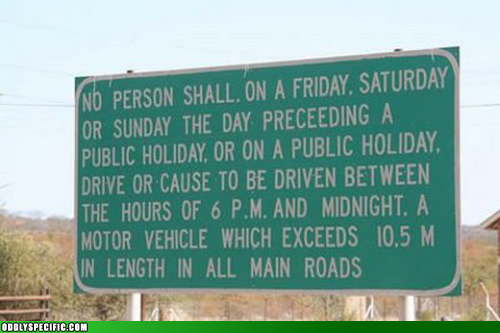 The Center for Plain Language had this to say about the legal fine print that overran one advertisement for an investment product:

“Once again a financial institution that expects me to trust them with my money makes it impossible for me to know what they are going to do with my money.”

The Center had singled out a Charles Schwab & Co. ad for a Wondermark “award” for unintelligible writing. But the Center might have been referring to any of the hundreds of financial institutions that inundate us daily with online and television ads or the credit card offers that come in the mail.

Consumers are often faulted for making poor financial decisions, but surely much blame falls on financial companies that present consumers with terms of use agreements chock full of legalese or with disclosures that are difficult to read and understand.

Financial minefields pervade all aspects of our lives too. The 2016 WonderMark awards went to Victoria’s Secret for the “mumbo-jumbo” in its lengthy credit card agreement and to a Phoenix healthcare company that offers discounts to low-income customers – but first, they must decipher the confusing chart that explains who qualifies.

The person who nominated the healthcare company for an award said its discount information “seems like a classic case of the 0.2% who understand this chart will receive 85% of the Medical Financial Assistance, but they are clearly 400% above the average American who just got out of the hospital and has 0% of a clue as to what they’re talking about.” [Oddly, this chart seems to indicate that customers with higher incomes get larger discounts.]

In 2010, the Center for Plain Language started by awarding ClearMark Awards to government agencies, businesses and non-profits that successfully conveyed complex information to consumers – the Consumer Financial Protection Bureau (CFPB) and financial companies like Aetna and Sun Life have been winners.

More recently, said Susan Kleimann, chair of the Center for Plain Language, it has been fairly easy to give out bad writing awards to the financial industry. The large text and bold language in ads that tout cash-back credit cards or new-customer discounts are in stark contrast to the legal fine print in the same ads that serve advertisers in a different way, said Kleimann. “The information tends to be written from the perspective of protecting the company as opposed to communicating clearly with the customer,” she said.

(Full disclosure: Kleimann owns a company that helps governments and companies simplify their documents. But she does not vote on the Center for Plain Language awards, which are submitted by fans and voted on by the Center’s all-volunteer judges.)

In the worst cases, obscure financial language is very harmful to consumers.

One example was unclear wording in subprime mortgage documents about the increase in homeowner’s monthly payments that would occur at the two-year mark. In May, CFPB argued that arbitration clauses buried in credit card agreements, which bar card holders from disputing card charges in court, allow banks to “sidestep the legal system, avoid accountability, and continue to pursue profitable practices that may violate the law and harm countless consumers.”

This blog first posted on the Squared Away blog. 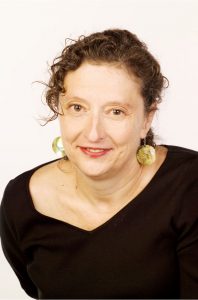 About the Author: Kimberly Blanton is a veteran financial and economics reporter, most recently for The Boston Globe, who has also written for The Economist and other publications. While covering subprime mortgages, she began to see the importance of financial behavior and literacy.  She interviewed dozens of homeowners in the grip of foreclosure who had agreed to home loans that they did not understand and that their brokers did not or could not explain to them.