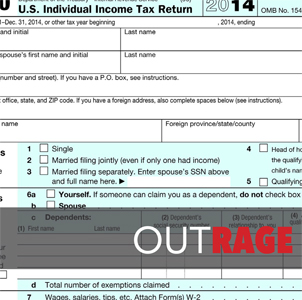 The average taxpayer spends little or no time thinking about what goes on in Washington, especially when what’s going on involves complex discussions about tax code. A more boring topic there isn’t. So why should anyone pay attention?

Because when taxpayers don’t pay attention, something like this happens:

Tax preparers stand to benefit from the change the company promoted.

Yes, you read that correctly. 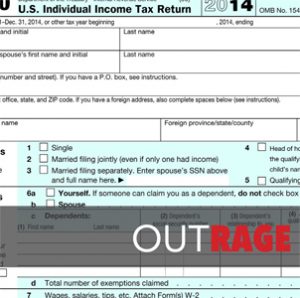 H&R Block apparently spent big on lobbying Congress to complicate the Earned Income Tax Credit (EITC) filing process, all the while claiming these changes would reduce fraud, waste, and abuse. This argument, weak as it is, was a convenient and successful distraction—and one that more than adequately concealed H&R Block’s true purpose, which was to open new revenue streams among middle- and lower-income taxpayers. So now, if you want to claim the EITC, then you will have to pay for it, because only paid tax preparers (like H&R Block) can tell you whether you qualify (and never mind the fact that “paid tax preparers were more likely to lead to overpayments than self-filed claims”).[1]

Now we are left with limited options on what we can do to address this change in tax policy:

Those of us on the front lines of these consumer-testing projects are acutely aware of how difficult it can be for the average taxpayer to file successfully. The IRS spent millions of taxpayer dollars trying to level the playing field, but all that now seems for naught, since corporations can spend infinitely more on lobbying Congress to change the playing field altogether—just so they can exploit untapped revenue streams. And while we can get into long debates about corporate personhood, money in politics, influence peddling, and so on, all this really boils down a simple idea:

Corporations create problems and then sell themselves as the solution.

Say what you will about the role of government, but I have always thought its role should be to protect us from abuse like this, and not to encourage it.

“EITC, Earned Income Tax Credit, is a benefit for working people who have low to moderate income. A tax credit means more money in your pocket. It reduces the amount of tax you owe and may also give you a refund.” — Internal Revenue Service 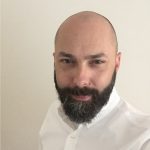 Eric Spears, a Senior Technical Writer/Editor at Human Solutions, Inc., has nearly 20 years’ experience in technical writing and information design in the government, nonprofit, and private sectors. His information design work has received numerous awards from the International Association of Business Communicators, the Society for Technical Communications, APEX, the Association of Marketing and Communication Professionals, and Writing that Works (Awards for Publication Excellence).