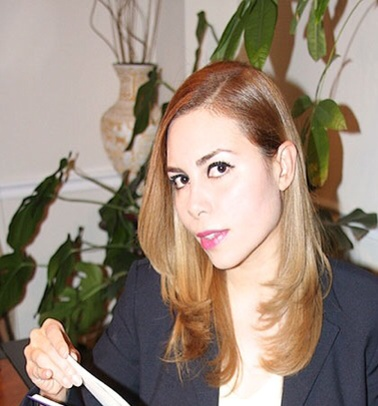 Cherlin Varela was born and raised in Mexico City, Mexico. After several years spent living and studying in Spain, she relocated to the United States where later on, she officially became an American citizen.

A student of culture and language, Cherlin obtained a bachelor’s degree in International Relations from George Mason University followed by a master’s degree in Spanish and Latin American Studies and a Certificate in Translation from American University in Washington, D.C; while at school, she decided to take a class in Consecutive Interpretation because she saw the growing need for interpreters in the D.C area. During her studies she received instruction from Harry Obst, White House Interpreter and former Director of the U.S. State Department’s Office of Language Services. After obtaining her interpretation certificate, Cherlin started working as a freelance Interpreter for Immigration Court in Arlington Virginia through Lionbridge Technologies and has accepted assignments for Immigration Court across the United States. She served as the Senior Interpreter in Immigration Court, Arlington, Virginia and currently serves as the Liaison for Lionbridge and Immigration Court in the D.C area.

Cherlin has spent more than 12 years providing interpretation, translation, transcription and proofreading services for a variety of clients, including several government agencies, such as the Departments of Defense, Homeland Security and Justice. She obtained a Secret Clearance from Department of Defense and an Interim Clearance for Department of justice. Cherlin has also worked for several state and national law enforcement agencies as a Simultaneous Interpreter during international trainings, and seminars featuring government officials from Mexico and Costa Rica. Cherlin enjoys traveling, making new connections, and working to advance the practice of high-quality interpretation.