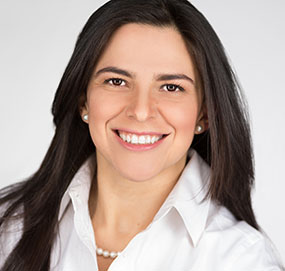 Margarita Sánchez is a dual US-Colombian national with a wealth of experience in Latin American and Caribbean matters.  Recognized as a leading professional in the United States and abroad, she is dedicated to provide strategic and legal advice to private sector and sovereign clients on international investment agreements, trade policy development, public-private partnerships, and global anticorruption.

Margarita has served as counsel of numerous high-profile cases, including multi-million and multi-billion dollar disputes representing sovereign Latin American states and multinationals, in a wide range of disputes arising out of transactions in the Americas, Europe, Asia, and the Middle East, relating to a diversity of industries and economic sectors, including energy, construction, mining, taxation, and government concessions.  Currently, she is a partner at Disan LLP, a Washington DC law firm focusing on international law and Latin American legal matters.

In 2016, Margarita was named among the “25 Most Influential Hispanic Lawyers in the United States” by Latino Leaders Magazine.  Past personal recognitions include being named a leading practitioner in the U.S. and abroad by several publications including Chambers Global and Colombia’s Revista Dinero; making Latinvex’s 2015 list of ‘The Top 50 Female International Lawyers for Latin America’; and being named a ‘Top Lawyer Under 40’ by the Hispanic National Bar Association (HNBA) in 2013.  Under her leadership, the firm received the Chambers & Partners award for Outstanding Firm for Furthering Women’s Advancement only a little over a year after opening its doors.

She is a Fellow of the Chartered Institute of Arbitrators in London, and an Adjunct Professor of Law at Georgetown.  Margarita holds a JD from Universidad del Norte (Colombia) and an LLM in Law and Government from American University.