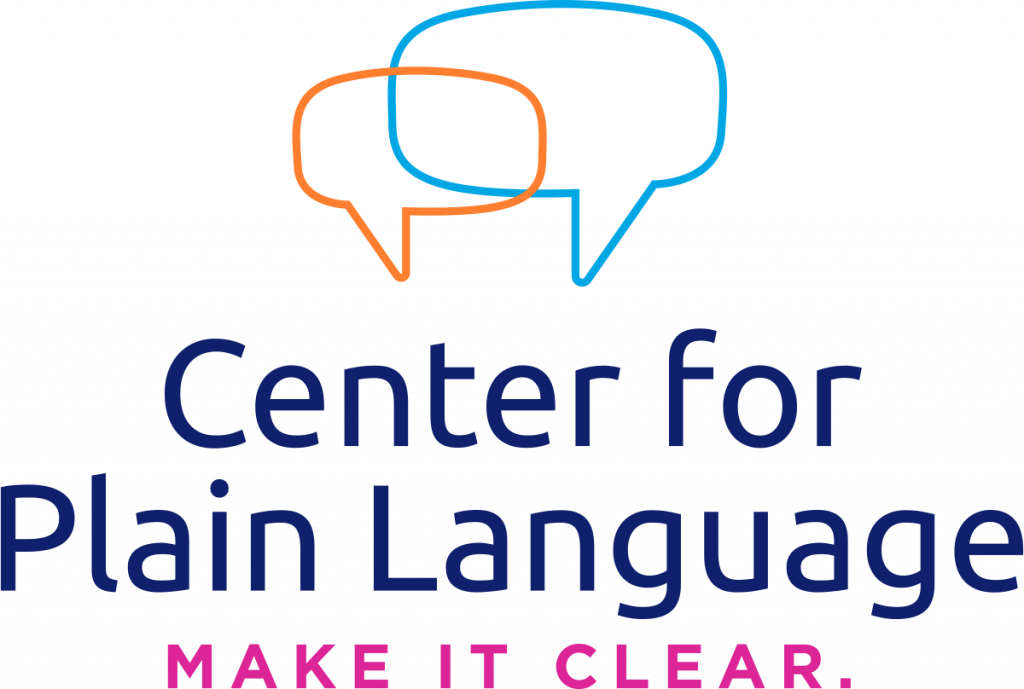 How we knew we needed a plain language program 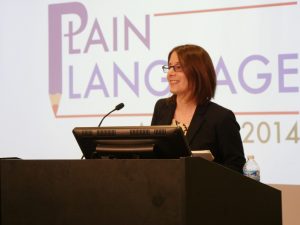 In 2006, I was working as a writer-editor in the regulatory shop of U.S. Citizenship and Immigration Services, the agency responsible for providing legal immigration benefits and services. Any one of our regulations could affect thousands to millions of people, many of whom didn’t speak English as a first language. So we had to get the language right.

At the time, a common practice was copying regulatory text verbatim and pasting it into immigration benefit instructions. Were our regulations so clear that applicants asked few questions and understood how to comply?  Of course not.  As an editor, I would challenge our policy writers to explain what we wanted so it would be easier for our users to comply with regulations. If it was clearly written in its original form, it wouldn’t be an issue if copied into other communication products. Occasionally a policy maker would respond with clearer text.  But for the most part, they resisted, usually with words every plain language advocate has heard: “but this is how it’s always been done.”

How we got started

I began looking for writing training focused on the reader, and I soon discovered the Plain Language Action and Information Network, or PLAIN.  Through PLAIN I began learning how to teach such a training myself.

Soon I was offering plain language classes back at USCIS – and not just for our regulation shop. The initial effort was small scale: I’d offer training to offices one at a time. Early on, I recruited top participants as champions and future trainers. We had to rely on participants to spread the word.

Perhaps the most important early step was identifying and recruiting agency leaders who could champion the cause. With support from that small group of leaders, I successfully lobbied to charter an official agency workgroup dedicated to plain language. That workgroup, in turn, began issuing a quarterly email newsletter to the entire agency, sharing writing tips, upcoming training opportunities, and testimonials detailing results from using plain language.

After the 2010 Plain Writing Act was signed, I had the opportunity to create the agency’s first division dedicated to plain language and oversee a consistent agency plain language program.

How we set goals and celebrated success

The top goals were always to:

We kept our initial metrics simple by:

How we trained our people

At first training was ad hoc. The three of us who led trainings did so in addition to our 9 to 5 jobs.

Once I established the agency’s first Plain Language Division, we had 8 writer-editors dedicated to reviewing external agency content for clarity – each focused on a specific office or topic area. Five of them also taught plain language as part of their official job duties. This enabled us to offer a standard 2.5-hour Plain Language 101 at least once a quarter and staff would be required to take it every 3 years. Additionally, we developed specific training for offices upon request. We trained about 1,000 a year.

In training, we made sure class exercises were agency-specific.  We used actual content that participants identified with, and we did our best to include content from whatever team we were training.

We also created an intranet site where staff could find:

How we overcame naysayers

We had every type of naysayer, from those who insisted “we don’t want to dumb down information” to those who had been taught that clear writing wasn’t professional. For some, any request to change their writing was a personal attack.

I can pleasantly say we didn’t get much push back from attorneys on staff—which I’ve heard did happen at other agencies. Notable dissenters were more prevalent with new hires who came straight from law school, grad school, or a hill internship (Congress exempted itself from the Plain Writing Act).  And for some reason, middle managers would often be resistant.

Converting naysayers meant asking people to put themselves in the shoes of our customers – through informal customer role-playing (imagine you’re not an expert and you were sent this five-page letter that’s a wall of text with no clear call to action).  For some, empathizing with the reader doesn’t come easy. What really turned naysayers were agency-related before-after documents. When people are faced with revised versions that are obviously clearer and not inaccurate or unprofessional, it’s hard for them to keep resisting plain language.

How We Kept It Going

Perhaps the most important thing was keeping leadership on board. On a regular basis and in multiple ways, we gave senior leaders evidence that our plain language efforts:

Senior leaders showed their support by attending training with their offices, being keynote speakers at our annual plain language award ceremony, and by sending agency-wide emails recognizing plain language successes and award winners.

Perhaps our biggest challenge to sustaining plain language has been changing administrations, especially when new leadership has shifted away from customer service as a mission focus. Turnover among training staff was an added challenge.

One nagging challenge was a lack of dedicated budget for plain language. Even for training, we had to rely on funding from the office’s general budget and offices across the regions covering travel expenses. 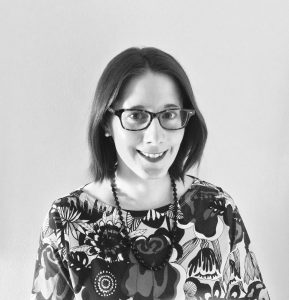 Kathryn Catania has more than 15 years’ experience promoting plain language in government writing. Currently, she is the deputy director of Safety Recommendations and Communications with the National Transportation Safety Board. From 2011 to 2019, Kathryn co-chaired the Plain Language Action and Information Network (PLAIN) and she now serves on the Board of the Center for Plain Language.