In 2010, Congress passed the Plain Writing Act to ensure that people can understand the information they receive from federal agencies. Since 2012, the Center for Plain Language has issued a yearly report card evaluating how well agencies follow this law. 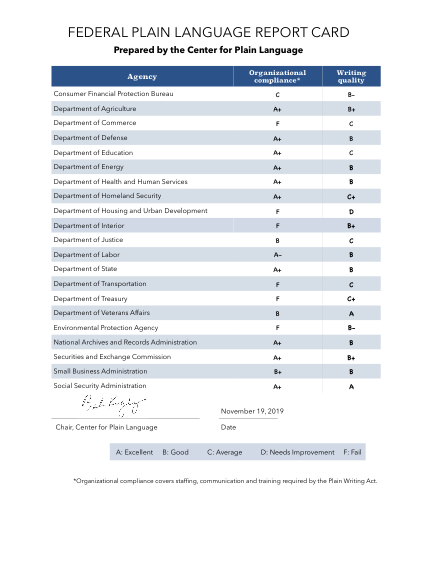 This year, we evaluated 21 Executive Branch agencies, including all 15 cabinet-level departments. Agencies earned grades between A and F  for both organizational compliance, covering the staffing, training, and annual reporting required by law, and writing, focusing on how easy it is to find, understand, and use information the public needs. For this year’s writing grade, we looked at two online pages from each agency:

To learn more about our methodology, please visit:

Department of Energy’s “How Do Wind Turbines Work?” 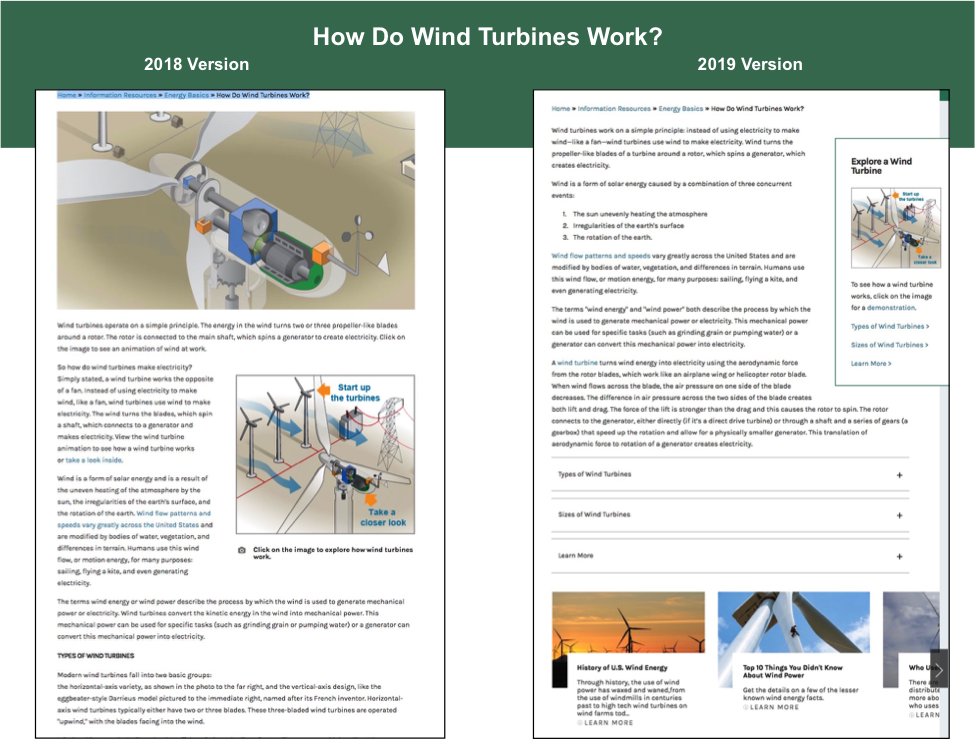 Judges’ Comments
“I love the sincerity of this page, which feels as if it were written by scientists truly interested in connecting with an audience of non-scientists.”

“The design shifts from last year really help enhance the page. The sidebar at the top serves as a great navigation tool, pulls the graphic into a neat box, and creates a more narrow column for the text. Short paragraphs and the bulleted list also divide the information into digestible chunks. The expandable sections below the first section are a huge improvement over the previous set up, which created a rather long page that required a lot of scrolling. This, too creates digestible chunks that make a better user experience.” 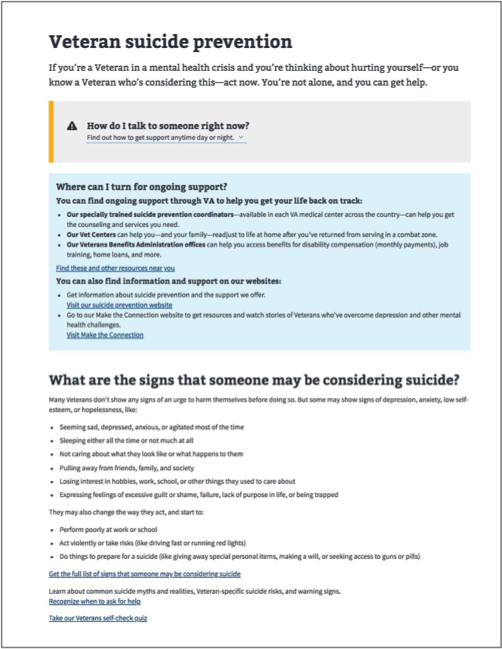 “The conversational style works very well – with questions in the first person (“I”) and answers speaking directly to the veteran (“you”).”

“It follows plain language presentation principles: important info up front, delivering a clear message. Visitors will know within seconds what to do if they need to prevent a suicide.”

“The sections are clearly organized and flow well, with varying level of headers with bullets. The section on where to go for support is highlighted in a light blue box that grabs the reader’s attention.”

“The fact that this was tested with users to be sure they could both find and understand the information adds to my sense that this is an excellent example.”

Up top, the page promises it will give readers “a few simple steps to protect themselves and others.” But it’s not so easy to find those steps. First, a reader has to get through two repetitive Overview sections, some social media links, a confusing horizontal menu right in the middle of the page, and lots of numbers and links (including one labeled ‘steps,’ which is not even the promised steps that will protect us).”

“This is such an important page and it’s clear you want your reader to succeed. Start by using personal pronouns. Make it about ‘you,’ not NHTSA, vehicles, vehicle owners, or vehicle occupants.”

“A lot of us are anxious about driving cars with air bags that might explode. Help us out. We don’t need statistics and links about the National Highway Traffic Safety Administration. We need to know what to do. Cut the huge image and the big video banner. We’re not here for those things.”

“The first thing people want to know (and I was one of them when we received one of these notices) is: can I drive my car before it’s fixed? That answer is buried way down on the page in a kind of afterthought labeled, “Consumers should also be aware of two critically important details about the recall.” If they are so critically important, why are they so far down the page?”

“When you rework this page, tell it to us straight: ‘Do not drive the following cars and trucks because their air bags could explode and kill you and your passengers.’ And then list the cars and trucks. Currently, that critical info is tucked into a bottom paragraph that’s packed with jargon (‘vehicle occupants’), a delayed verb, two passive verbs, a missing word, and one oddly unclear formulation: ‘Certain 2001-2003 Honda and Acura vehicles, 2006 Ford Ranger, and Mazda B-Series trucks are at a far higher risk for an air bag explosion.’ Again, it’s not just that ‘certain vehicles … are at a higher risk for an air bag explosion.’ Those air bags can explode and kill us!”

Special thanks to our Federal Report Card Sponsors 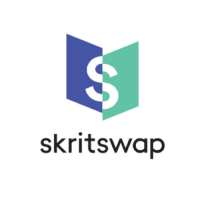