A quote (as pointed out by an alert twitter user) variously attributed to Blaise Pascal, John Locke, Benjamin Franklin, Henry David Thoreau, Cicero, Woodrow Wilson, Winston Churchill, and Mark Twain states, “I didn’t have time to write a short letter, so I wrote a long one instead.” Coming across this comment again recently reminded me of the familiar complaint that plain language somehow equals “Dumbing Down.”

I first encountered this in a job I held an embarrassingly long time ago. I was working on a project to rewrite template letters that were unspeakably bad. They were meant to be catch-all letters and each one had information meant to answer 20 or so tenuously related potential questions. If you wrote in with one of these questions, you received a multipage, dense block of text and the pleasure of hunting for the sentence or two that addressed your particular concern. Of course, once you found this, the odds you could understand it were pretty long. The letters were masterworks of bureaucratese, composed by committee and enriched with lots of evasive legal language.   Needless to say, this narrative pudding generated confusion and lots of follow-up questions.

When the agency I worked for finally decided these letters needed to be fixed, another writer (who I think had worked on the original bad templates) observed that they shouldn’t be too hard to “dumb down.” I diplomatically replied that perhaps we should try to smarten them up instead, as they couldn’t get any dumber than they already were…

And indeed, we ended up with letters that were a lot smarter. To be able to explain the subject matter plainly and directly, everyone involved had to really come to grips with it and understand it. This made for new letters that were much more informative and illuminating.

As Albert Einstein once said “If you can’t explain it simply, you don’t understand it well enough.” And he was no dummy. 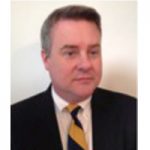 About the author: Bill Ryan is a longtime Federal employee currently serving as a Program Manager in the Department of Homeland Security. He earned his plain language spurs working on the Clinton Administration’s Plain Language Initiative as a member of Vice President Gore’s National Partnership for Reinventing Government.