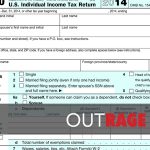 The average taxpayer spends little or no time thinking about what goes on in Washington, especially when what’s going on involves complex discussions about tax code. A more boring topic there isn’t. So why should anyone pay attention?

Because when taxpayers don’t pay attention, something like this happens:

Tax preparers stand to benefit from the change the company promoted.

This TED Talk from February 2010 can still inspire us. Alan Siegel, a branding expert and one of the leading authorities on business communication, calls for the use of plain English to create documents that we can all understand. In this video, he present a clear argument for the need to “make clarity, simplicity and […]

Washington Post, April 8, 2012 Center for Plain Language chair Annetta Cheek spoke with reporter Lisa Rein about progress in implementing the Plain Writing Act. “Federal agencies must report their progress this week in complying with the Plain Writing Act, a new decree that government officials communicate more conversationally with the public. Speaking plainly, they […]

The introduction to this fun video of popular songs with unplain lyrics says, using “long, fancy words designed to show off your intelligence and vocabulary are all very well, but they aren’t always the best words.” In this short, playful video Terin Izil explains why simple, punchy language is often the clearest way to convey […]

The power of words to change how people hear a message. Change your words. Change your world. This short film is from a web content agency in the UK. See the video on YouTube for credits.