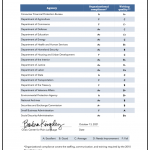 This is the 10th time the Center for Plain Language has issued a yearly Report Card evaluating how well agencies follow the Plain Writing Act. For this 10th anniversary, we evaluated 21 Executive Branch agencies, including all 15 cabinet-level departments. Agencies earned grades between A and F for both organizational compliance, covering the staffing, training, […] 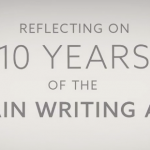 The Plain Writing Act is turning 10 years old on October 13, 2020. The Act gave U.S. federal employees the legal oomph to turn the stereotype that government writing is overly complicated, stilted, and obtuse on its head. No longer was plain language just a good idea that could easily be tossed aside for lack […]

The Center for Plain Language announces finalists for its highly popular annual ClearMark awards which recognize the best in plain language communications created by North American organizations. Held every year since 2010, “The theme for this year’s ClearMarks is ‘Plain Language is Everywhere,” says Jeff Greer, Chair of the Center. This year the event happens online, Tuesday, May 7th, at 12 p.m. EDT. 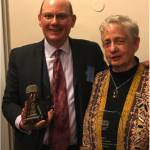 As the Center approaches the close of 2017, we celebrate a prestigious award received recently by our founder and former Chair, Annetta Cheek. The Center’s international counterpart, Plain Language Association International (PLAIN), awarded Annetta the Christine Mowat Plain Language Achievement Award in September at its conference in Graz, Austria. The award honors a “significant contribution to advancing plain language at the local, regional, national, or international levels.”

The Center for Plain Language is speaking out against proposed changes to the Centers for Disease Control and Prevention’s (CDC) communication rules. On Friday, December 15, the Washington Post reported that the Trump administration is forbidding CDC from using seven terms and phrases in its upcoming budget documents. 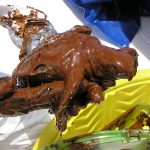 I love helping scientists translate tech talk into plain language. Often the editing process goes smoothly, but sometimes, they have reservations. The fears I hear most often involve dumbing down the information, or, oversimplifying it. “Those are common complaints,” says Dr. Lisa DiPinto, Senior
Scientist at the National Oceanographic and Atmospheric Administration, and one of my colleagues, in the Office of Response and Restoration.