On January 18, Congressman Bruce Braley (D-Iowa) introduced the Plain Regulations Act. Braley also introduced the Plain Writing Act, which became law on October 13, 2010, with strong bipartisan support. The original draft of that Act had covered regulations, but the provision was deleted during the legislative process because of opposition from several sources. 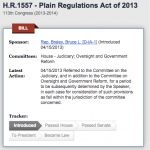 I’ve visited Washington D.C. several times in my life, but my most recent trip felt the most rewarding. As an intern for the Center for Plain Language, I’ve learned quite a bit about what plain language is, and why it’s important. The Center has been fighting for plain language in our government for years, an effort that culminated in the passing of the Plain Writing Act of 2010. Now, the Center is supporting a bill that Representative Braley introduced to the House of Representatives, the Plain Regulations Act of 2013.

In an op ed originally published in Government Executive, Congressman Bruce Braley, the author of the Plain Writing Act of 2010, writes about the problems and costs of confusing government language, and about the role of the Center’s report card in addressing the issue. 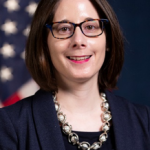 We are pleased to announce our newest Board member, Kathryn Catania. Kathryn is a champion of providing information that is easy to find, understand, and use. She has more than 15 years’ experience promoting plain language in government writing. 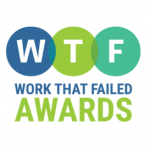 Now that we have another round of ClearMark Awards behind us – phew – I’d like to take a moment to thank our sponsors and donors who make it possible for the Center to stay in business. THANK YOU! Your support has helped us do so many things – here are just a few highlights.

In 2015, we evaluated how effectively the U.S. federal government complied with the Plain Writing Act of 2010. We graded the web content of federal departments on two distinct criteria: Compliance Writing and Information Design Submissions Twenty-three federal departments submitted documents and webpages for review. We asked each department’s plain language representative to: Report information […]